Biography  Ido Tadmor is the 2011 winner of the highly respected ‘Landau Prize’ in Israel for life achievement. For the Last two years, he was the Artistic Director of the ‘Israeli Ballet’. A lead dancer, choreographer, judge in professional dance competitions, artistic director of competitions and festivals. Ido Tadmor began his studies at the Bat Dor Dance  School, shortly afterwards join to the Bat Dor Dance Company,  and later on to Bat Sheva Dance Company as lead dancer in many works created by famous choreographers from all over the world. Ido invited to perform as a lead dancer in Lar Lubovitch well-known Dance Company in New York.

As a teacher, Tadmor has taught in the leading dance companies in the world, in Israel and in famous schools in Europe-e.g. The Dance Academy in Rome and Artemis in Amsterdam. During the past 3 decades, Ido Tadmor has represented the State of Israel around the world as an “Ambassador of Dance”. Tadmor awarded several grants from numerous sources of public bodies and foundations encouraging cultural activities in Israel. Lately created and dance in the creation ‘and Mr- the choreographers cut’ (with the choreographer Rachel Erdos) international premiered in New York ‘Between the seas festival’ and at the Kennedy Centre, Washington DC. Since 2011, he is touring around the world with other creations such as in Cyprus, Germany, Croatia, Brazil, California, Hong Kong, Netherlands, Poland, Korea, Angola, Poland, Senegal and Lithuania. His creation ‘The Empty Room’ participate at the ‘Sergei Diaghilev competition of choreographic art’ in Poland and won two prizes. In 2013, Ido premiered his new creations ‘Engagé’/ ‘Rust’ as Poland-Israel collaboration with ‘Zawirowania Dance Theatre’ and the dancer Elwira Piorun, ex soloist of Polish Dance Theatre and the Polish National Ballet. In this year creating ‘Our days’ – a full evening piece for The Israel ballet collaborating with the famous Rock band “The Jews”.

At the beginning of 2014 Ido was invited by the great Vladimir Vassiliev to perform in the Bolshoi theatre as the lead dancer with the Bolshoi dancers in a Gala evening dedicated to Ekaterina Maximova. Ido has also choreographed ‘Smile’ a solo for Vladimir Vassiliev which that performed in the same Gala. During 2014 Ido invited to perform new solo for the Israeli President Mr. Shimon Peres at the ‘Jewish Diaspora Museum’ in unique event held in honor for the President. Later on this year he create ‘Game On’ – a full evening piece for The Israeli ballet in collaborating with the famous “Mayumana Dance Company” and created ‘Black morning’ choreographed for KSU Georgia. These days Ido is working on ‘The Aluminum New Show’. 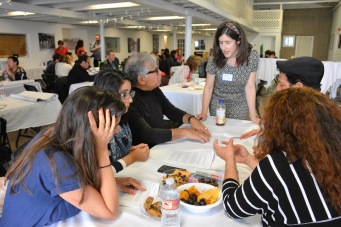